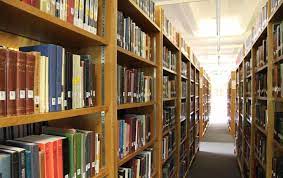 Sweden, formally the Kingdom of Sweden, is a Nordic country in Northern Europe in Scandinavia. It borders Norway to the west and north, Finland to the east, and is connected to Denmark in the southwest by a bridge–tunnel across the Öresund.  Sweden is the largest Nordic country, the third-largest country in the European Union, and the fifth-largest country in Europe. The capital and largest city is Stockholm. Sweden has a total population of 10.5 million, and a low population density of 25.5 inhabitants per square kilometre (66/sq mi), with around 87% of Swedes residing in urban areas in the central and southern half of the country.

The climate in Sweden can be really cold all around the year, except for a few months of summer. While many of us from developing countries do not mind extreme weather conditions, you might want to think again before coming to Sweden. Winter can be extremely dark and cold, unlike many other countries.

The official language of Sweden is Swedish,[15][16] a North Germanic language, related and very similar to Danish and Norwegian, but differing in pronunciation and orthography

Sweden is a great destination for international students.

In this post, we’ll cover the cost of living in Sweden, tuition fees, admission requirements and the list of low tuition universities in Sweden

Student accommodations are always tough to find. The best place to start is by looking at your university’s student services. They will often have useful information or be able to help you contact the organizations that handle student housing (or dorms).

Citizens from non-EU countries, including the UK, are required to pay tuition fees as well as this union fee. Study in Sweden estimates the average fees to be 129,000 SEK per year (around £11,000). However, averages vary between subject disciplines:

Non-EU/EEA/Nordic/Swiss students will also be subject to a university application fee of 900 SEK (almost £76).

If you’re from an EU/EEA/Nordic country or Switzerland, you won’t incur any tuition fees studying in Sweden. You’ll only be required to pay a students’ union fee, which varies between 50 and 350 SEK (around £4 to £29) per semester